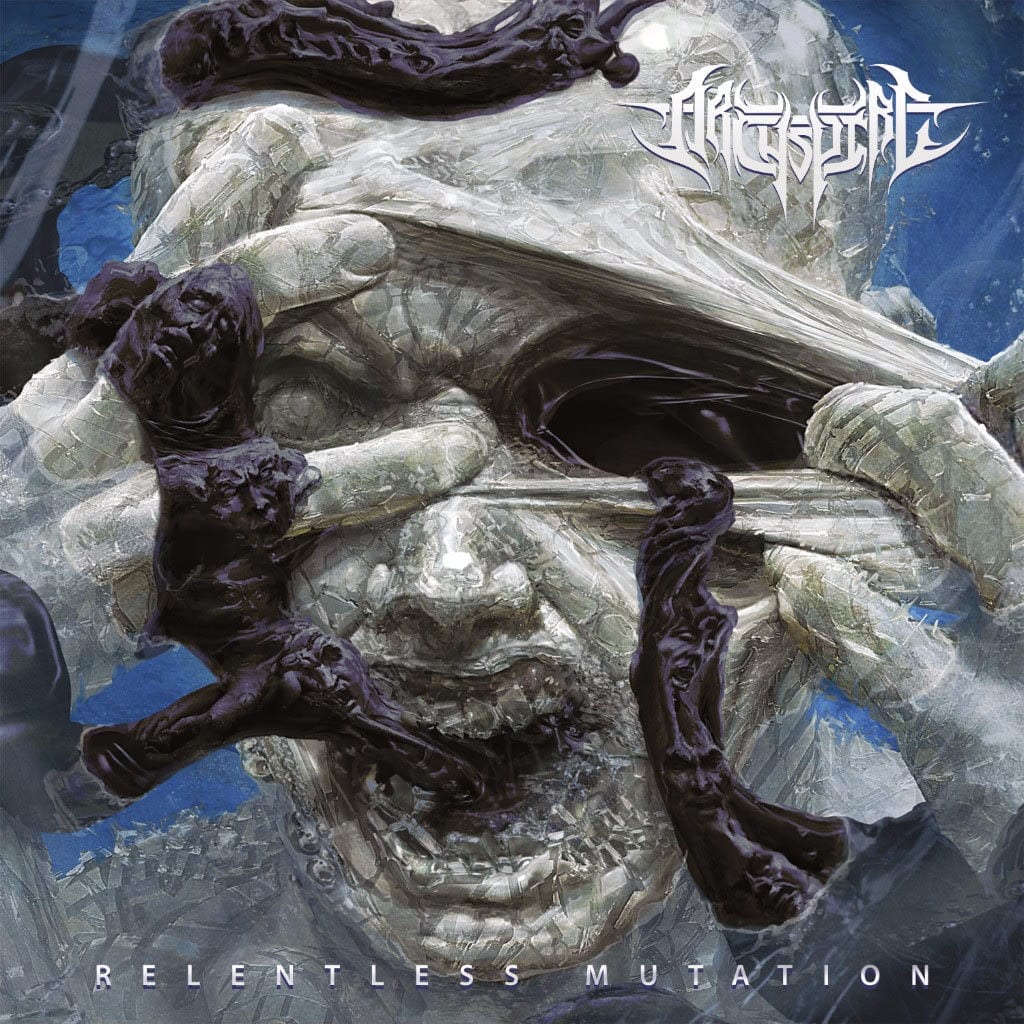 Archspire was set up to become the next big thing in tech-death off the back of their last album, 2014’s The Lucid Collective. As such, a lot is riding on Relentless Mutation. Rather than double-down on their already-established template, however—as the record’s title suggests—the Canadians have instead decided to branch out in some experimental directions, rendering this third-effort a much more layered and intriguing record than anything they’ve produced in the past. Unfortunately, not all experiments turn out successful, and the results produced here turn out to be a bit of a mixed bag.

Opening track and lead single “Involuntary Doppelganger” bears a distinct resemblance to a more extreme incarnation of comedy cartoon metal Messiah’s Dethklok and it has the name to match (if it wasn’t written about the most recent season of Twin Peaks, then it should have been). Likewise, while “Human Murmuration” might refer to a swarm of swooping bodies, but it’s hard not to read it as some human-mermaid mutation mash-up—á la “Mermaider”—in light of what comes before it. Archspire has always been about pushing the already-ridiculous realm of technical death metal to its limits, so it’s not surprising that they come off a touch cartoony on this third effort. Nevertheless, it has to be said that they veer more toward the knowingly-absurd approach of Rings of Saturn than truly forward-thinking acts like Obscura or Beyond Creation. This which isn’t necessarily an indictment of the band—Rings of Saturn’s last album was utterly excellent in all its excess, for instance—but it might be wise to go into this record with reserved expectations.

The later tracks have a more distinct character to them and are often all the more rewarding for it. “Remote Tumour Seeker” recalls Origin at their best and most distinctive, while the title-track and “The Mimic Well” feature explorations of more ambient, bass-driven textures, through which new bassist Jared Smith (Harvest The Infection) proves himself one of the genre’s most promising, emerging talents—culminate in the closing number’s distinctly Pink Floyd-ian flourish. “Calamus Will Animate,” on the other hand, is a bit more “hit or miss.” The track eventually builds to similar rewards as the preceding numbers. However, it begins with vocalist Oli Peters spitting Tech N9ne-style over Spencer Prewett’s staccato snare fire. It’s an ear-catching experiment, but one which was already played out by the time War From A Harlot’s Mouth lay claim to the idea back in 2007, and which didn’t fare much better when Attila revived it late last year. It’s great to hear Archspire experimenting with new ideas, rather than charging ahead, with the kind of hyperspeed tech-death they’ve made their trademark in the past. However, Attila, Tech N9ne and WFaHM probably weren’t the kind of comparisons their fans were expecting.

Relentless Mutation is far more vital than recent efforts by genre staples such as Suffocation and Origin, and it’s a more than strong enough effort to keep their name in the ring to become the next tech-death overlords. However, there’s not quite enough there to push them over the edge on this occasion, and the album winds up feeling like more of a transitory effort than the full-blown masterpiece the fans are waiting for. The above “missteps” (“misfires” if you will) are minor, isolated occasions. However, more often than not, it’s these moments that stand out most about the record, and they make it tough to approach the rest of the record in a serious enough manner to get the most out of it.