It seems like the hardcore-leaning end of the Australian heavy music spectrum has become largely homogenised in recent times. Between the decidedly middle-of-the-road approach taken by the likes of “heavy”-hitters such as In Heart’s Wake and Make Them Suffer and the monotony that defines Northlane and Thy Art Is Murder; the once unrivalled Australian hardcore and metalcore scene has offered little redemption in an era where The Amity Affliction have gone from home-grown hardcore heroes to dummy-spitting ARIA divas. That’s why it’s so damn refreshing to hear Melbourne’s Alpha Wolf making this kind of music while actually being heavy and confronting again, even if Mono isn’t as fully realised as it might have been.

Vocalist Aiden Holmes bills the record as an “audio representation of utter desperation and the illogical mindset of an individual when one goes through traumatic experience,” and that’s certainly an apt way of putting it. The hardcore scene is certainly no stranger to darker subjects. Yet, while Thy Art Is Murder approach such subjects with an objective nihilism, and The Amity Affliction seek reassurance with tracks such as “All Fucked Up” and “Never Alone”, the tracks on Mono are subjectively cemented in the direct aftermath of such events—brutally deployed from deep within the second stage of grief.

Mono is cathartic, not in its resolution but in its unrelenting self-destruction. This is a record that constantly lashes out and drags the listener into right into the center of the bleak maelstrom it creates. Rage and despair are perfectly reasonable responses to the issues this album so viscerally describes, and Alpha Wolf perfectly combine the obnoxious beatdowns of Emmure and the frantic energy of Suicide Season-era Bring Me The Horizon to both exercise and exorcise such emotions in their audience. There’s certainly a heavy nu-metal influence in play on this album as well, but it’s one which harks back to the early days of the genre—recapturing the emotional danger of the early Korn records—rather than invoking the soulless commercialism of the genre’s later period.

A blend of ham-fisted deathcore and overly emotional, first-wave nu metal might not sound like everyone’s ideal hardcore blend. However, some situations call for such a combination, and Alpha Wolf deliver on each premise with an intent and sincerity that impossible to deny. The songs themselves also carry enough individual weight and variation that they stop just short of blending into a single, desperate mush. “Shinobi Naku” (silent tears) and the title-track provide softer, though no less harrowing, breathers amidst the otherwise unrelenting aggression, and the 1-2 gut punch of “Golden Fate; Gut Ache” is built around a remorseful and uplifting melodic chorus, which provides the record with a glorious early conclusion.

If Mono had ended on this note it’d be a damn near perfect debut. As it stands, unfortunately, the band go a touch too far in the album’s final moments. The last three tracks are easily Mono’s weakest. The album’s third interlude, “My Untold Memoir”, proves one too many, and “Epiphobia” and “Devon St.” provide the only moments on the album that ever come off as unispired—with the latter proving a far less convincing climax than “Golden Fate; Gut Ache” before it. The emotions tapped into by Alpha Wolf can be draining, and it’s in these final moments where the album switches from cathartic to exhausting. Yet, while “short and sweet” may have been a better way to play things, these final tracks don’t at all undermine what came before them.

Between Mono and Ocean Grove’s outstanding Rhapsody Tapes, it would appear that Australian metal/hardcore is making quite the return. Alpha Wolf have come out swinging on their debut, with the force and fire of a band with something to prove. In the time it’s taken for this album to see the light of day, many of their predecessors have become quite complacent in their success, and—although the required level of finesse and restraint isn’t quite there yet—these up-and-comers pack one hell of a wallop. Mono could very well prove the upsetting Clubber Lang to put Australian metalcore’s contented Rocky Balboa back on its guard. 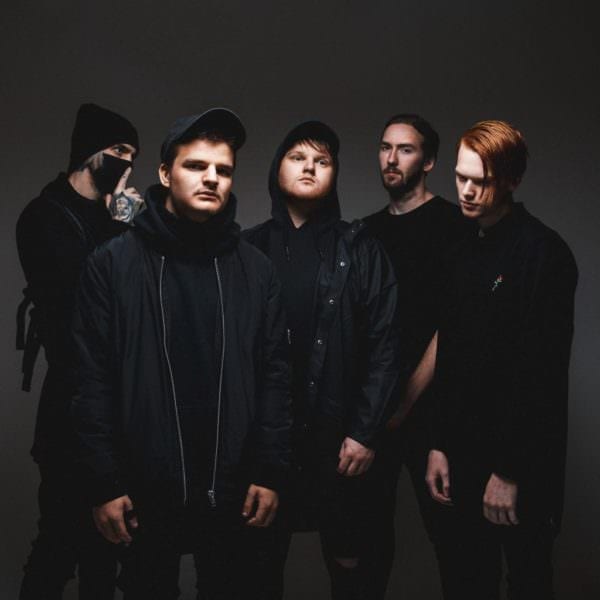 *Also, shout-out to Greyscale Records, who only formed last year but already seem have a bunch of similarly exciting young acts under their belt. Expect them to become a major force in the years to come.

Joshua Bulleid lives in Melbourne and enjoys reading books with spaceships and robots in them. He also likes death metal.