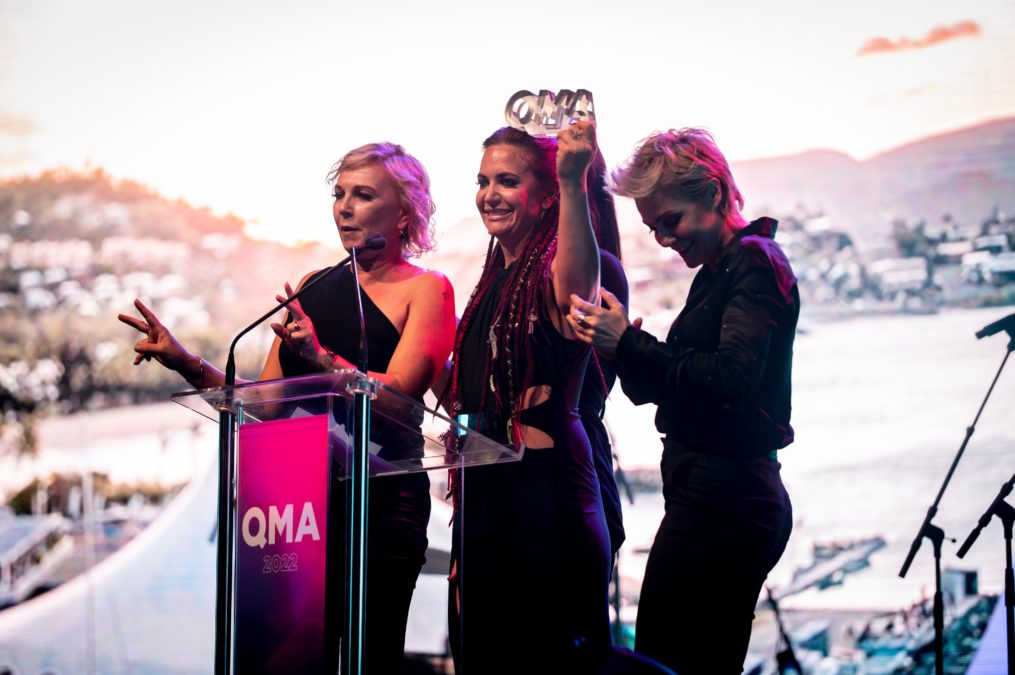 The people have spoken – Airlie Beach Festival of Music is officially Queensland’s favourite Festival of the Year.

Now in its 10th year, the festival was crowned People’s Choice Festival of the Year at the Queensland Music Awards in Brisbane last night, decided by both a panel of industry judges and popular vote.

Festival founder, Gavin Butlin, said given the event was one of only two finalists, and up against the much larger ‘Big Red Bash’, he was stunned, honoured and humbled by the win.

“Ten years ago this festival was just a dream and now look where we’ve come,” he said.

“I am so proud of what our small but dedicated team has achieved, and I can’t wait to make this year’s 10th anniversary festival our best yet.”

The Superjesus frontwoman and 2022 Airlie Beach Festival of Music Ambassador, Sarah McLeod, was at the awards ceremony alongside fellow festival organisers, Ellie Hanlon and Margie Murphy, and said this was a well-deserved win.

“There is so much that’s unique about this particular festival – it’s location by the water on the Great Barrier Reef for a start, and the way the music isn’t just confined to that main stage but spread across an entire town,” she said.

“It also provides an incredible platform for emerging artists through its national ‘Passport to Airlie’ talent search, which is something I’m especially proud to judge and be a part of.”