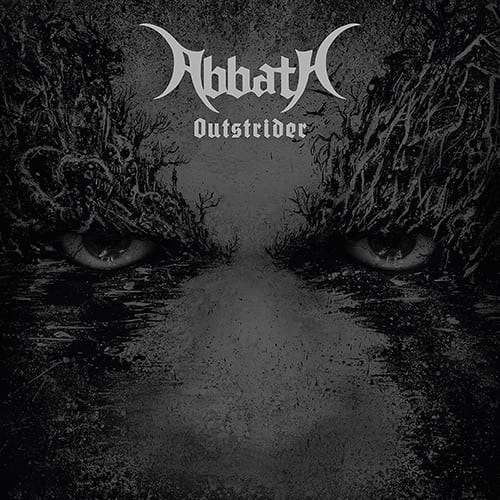 For decades Abbath has been the corpse-painted face, mascot if you will, of the black metal world.

When Abbath decided to leave Immortal in 2015 it shocked the entire metal community, in particular, the black metal world. This, of course, brought up the question of what path and direction Abbath would take which would continue to further forge and lead him on the career path that he clearly dominated and owned for so long. Well not twelve months after his departure from Immortal, Abbath presented to the world his 2016 debut self titled solo album Abbath (2016). Gifted we were once again with one of the most recognisable voices in black metal. Written and designed to breathe a unified sigh of gratitude and relief amongst his legions of fans, Abbath’s first venture into going it alone ensured that he was far from hanging up the leather armour, putting his guitar into a display case and packing the makeup away. He proceeded to release a formidable and crushing brutal black metal album that will be met with resounding gratitude and admiration due to its familiarity and stamp of dominance that Abbath has had on defining and creating true black metal.

So here we are in 2019 and Abbath’s sophomore release Outstrider is about to be unleashed upon the patiently waiting black metal community. Let’s get straight into it shall we; The first track “Calm Of Ire (Of Hurricane)” is the perfect introduction for the album. It is that song for those of us that have grown to love Abbath thanks to his undying commitment to delivering true, cult black metal. Unrelenting from start to finish “Calm Of Ire (Of Hurricane)” is as perfectly written and produced as black metal can get. But there are little snippets of guitar work and showmanship that indicates a surprising promise of what the rest of the album has to follow regarding Abbath’s songwriting that is crucial to allow the listener how he and his band have developed as songwriters, almost encompassing his early influences and passion for redefining himself.

The aural assault fails to wane on song two “Bridge Of Spasms” which continues the familiar catapulting black metal armageddon. As with the perfect Norwegian mountains and landscapes it features harsh dark lows and majestic inspiring highs courtesy of the combination of heavy and brutal blast beats and guitar attack, but highs further demonstrating Abbath’s NWOBHM influence on crafting an album that will prove this to raise Abbaths credibility as an artist and musician to a new level.

“The Artifex” continues Outstrider onwards with Abbath’s intense desire to forge both the old world of traditional melodic metal and yet keeping the album within the realms of that black metal sound where he feels completely at ease. Launching like an armageddon of imminent hell-bent destruction “The Artifex” kicks in as an all-out assault and then a minute and a half in it sounds as though some of the best hair metal bands of the eighties invaded the studio and kicked the band out for a mere fleeting moment to add a little eighties glam spice to Outstrider. It is truly a magnificent interlude, of course, backed by Abbath’s harsh vocals. Talk about a complementary dichotomy! It is quite clear here alone, that Abbath has definitely found his comfortable footing in his new writing style and process. And here we get to halfway through the album and the first official video release “Harvest Pyre”. Galloping in with a crushing steady rhythmic groove that endures magnificently for the entire song, it is quite clear as to why Abbath released this first as it is quite catchy and palatable for those who aren’t familiar with any of Abbath’s back catalogue but willing to take the plunge into a darker yet focused realm. “Harvest Pyre” is black metal abrasive without the harsh undertones that may keep listeners at a distance if they’re unsure of where the true black metal may willingly guide them.

And where “Harvest Pyre” may seem palatable, “Land Of Khem” lures the listener subtly in but a kick to the chest ensure you’re gonna hear some of the hardest Abbath for the rest of Outstrider. It is sonically hypnotically malevolent, chaotic and fucking brutal. “Land Of Khem” is a punishing song that is bottom end heavy and driving plus is brilliantly complemented by Abbath’s cold and venomous gravelly vocals. This sophomore release from Abbath is a brilliant album that without question proves his place amongst the pinnacle of the black metal elite and furthermore his seal on truly accomplishing more than I think even he would of expected when fulfilling the invisible hole no one knew existed until Outstrider was done and dusted and ready to be unleashed on the unsuspecting public.

The title track is the longest on the album and coming in just shy of six minutes and is that one song that personifies Outstrider as a whole and seemingly encapsulates all that Abbath has tried to accomplish throughout his career to date. “Outstrider” is a rhythmic, punishing tribute to the metal of ages past and what both traditional and extreme music can accomplish when during the writing process is revered, nurtured and respected without fear of what anyone will think of the end product.

Outstrider is more than just a metal album. It is a thank you and a tribute to the hordes of heavy metal excellence and the bands that nurtured Abbath’s chosen career path and to ice the Outstrider cake is a tribute to Bathory as the albums closer being “Pace Till Death.