A Man, A Guitar, A Vision 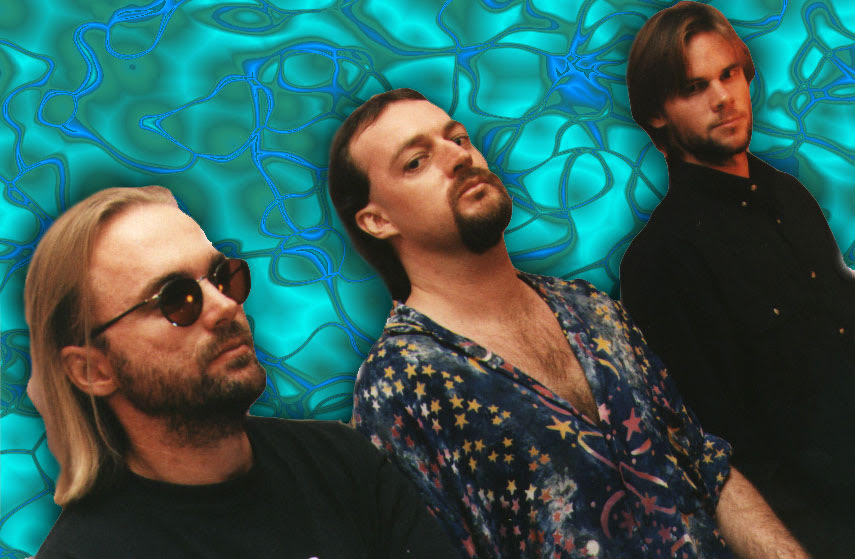 It was 1985 when Todd Macalpine purchased a one-way bus ticket to Cairns with nothing but a guitar, a backpack and the clothes on his back.

Now a leading force of the Cairns music scene and owner of NQ Music Press, HEAVY sat down with Macalpine to rediscover his inspiring journey.

“One of my first memories was when I was just three years old,” he recalled. “I would pull the pans out of my Nana’s kitchen cupboards and play the drums on them as loud as I could”.

It was at this young age in the suburbs of Sydney that Macalpine’s passion for music first emerged.

As a young teen, he would spend hours each day listening to his favourite albums over and over again, inspired by 70s rock legends such as Kiss, Led Zeppelin and Black Sabbath. It was with these albums and a few tattered, old tablature books that Macalpine taught himself how to play the guitar. A decision that would shape his future.

As life took its course music became Macalpine’s safe haven – a shelter from the storm.

“I always found music was a constant presence if there were ever problems in my life,” he said.

At the age of 18, Macalpine found himself living on the streets of Surfers Paradise with nothing but a backpack and his guitar. With nowhere to go and no one to turn to, he roamed the streets in search of clarity. It was late one night that he found it. Coming upon a group of buskers who took him under his wing, they introduced him to the local busking scene. It was not long before that led him into the band culture.

“It’s not like the band scene up here where everyone’s supportive,” Macalpine said. “It was cutthroat back then. You’d be up on stage and all the other bands would be whispering about you in the audience.”

Regardless, Macalpine spent some time in Surfers Paradise, eventually earning a residency at the local beer garden. This was a period of music he dubs the ‘karaoke era’ – a time when most venues were replacing original, live music with karaoke and poker machines.

Macalpine grew disillusioned. As he looked around he no longer felt inspired and his appetite for live music was no longer being satisfied. He had heard epic tales about the music scene in Far North Queensland and decided to embark on a journey to reignite his passion.

And so a new chapter began.

As Macalpine stepped off the bus he was immediately captivated by the atmosphere.

The tropical streets of Cairns were teeming with buskers and colourful characters and it seemed that there was music playing anytime, anywhere. It was more than he had ever imagined.

At first making a living by busking the streets Macalpine eventually earned a name for himself, playing for well-known bands such as  Blue Heelers and Crawling King Snake.

Immersing himself in the local music scene, Macalpine soon realised that original artists, like himself, weren’t getting the recognition they deserved.

“I caught myself in one of those moments where you almost step outside yourself,” he recalled. “I realised that there was nothing up here for artists that wanted to play original music.”

It was from this revelation, that Pandamonium Records was born.

For the next few years, Macalpine spent his time recording original songs by local artists, taking a break from playing while concentrating on releasing music for other bands.

Between 1999 and 2005 he recorded a total of 6 compilation albums, distributing them to radio stations across the world, also holding a large scale annual concert to showcase local artists.

“A lot of the bands got airplay as far away as Brazil, the US and England,” Macalpine reflected. “It was a big day of the year and brought everyone together to consolidate the whole scene. Most people you ask would remember that as the golden period of original music.”

During this time Macalpine was also writing articles and CD reviews for Barfly, a local arts and entertainment magazine. However, the magazine published its last edition in 2005 which was a great loss for locals, leaving the music scene with no media coverage.

A few years later Macalpine had what he described as a ‘Eureka moment’ and one that would pave the way for the local music scene.

“One day I was sitting in the food court in Cairns Central and I was looking around and thinking that there’s nothing to read,” he said. “You used to be able to pick up Barfly and read about what was happening that week in the local music scene but you couldn’t anymore. You had no idea what was going on. There was no one place you could go to find out what was happening.”

Which begged the question of how were people staying informed?

Looking around and noticing nearly every person at each table had their phone out, Macalpine saw the immediate future and realised where the answer lay.

With a clear vision in mind, Todd set out to create NQ Music Press, an online platform to give local musicians a voice. He wanted people to be able to access the website anytime, anywhere in a format that would look good on mobile devices similar to an app.

NQ Music Press originally started out as an archive featuring a compilation of posters, photos and recordings that Macalpine and fellow musician Patric Jung had collected from the Cairns music scene over the years. Through time it evolved into the popular news outlet it is today.

Macalpine recruited a team of specialist writers, including lead journalist Kris Peters, and has had the opportunity to interview legends of the music world including Jeff Martin, Ed Keuper and Ian Moss.

“I think what Todd has done is amazing. It’s an absolute connecting point for Cairns,” offered Jung. “Whether it’s a big act or a small act, Todd wants to provide a platform for all original artists to be seen and heard.”

“As a young musician the opportunity to have your music heard comes from the media and NQ Music Press is an accessible outlet for local musicians,” he said.

Since establishing the website Macalpine has also created an NQ Music Press Facebook page which has accumulated almost 6000 followers, highlighting the importance of staying connected via social media.

Despite his success, Macalpine has faced some challenges on the online landscape, particularly with the recent onset of the Corona Virus Pandemic.

“We went from posting stories every day to one or two a week,” he sighed. “It was sometimes none at the height of the pandemic because there was nothing to write about.”

Regardless, Macalpine has continued to provide shelter for struggling local artists, recently publishing a story about River Sessions, one of the first live performances since the onset of the pandemic.

The two-day event featured several local artists, including Macalpine, who played alongside his well-known heavy rock band, the Brazilians.

As a general rule Macalpine has strict guidelines around the content he publishes in NQ Music Press but admitted that he has been more lenient considering the recent circumstances.

“We’ve bent the rules a bit lately to support emerging artists to a greater extent,” he smiled, hinting that there’s something very exciting coming up.

52 years after discovering his passion for music in his Grandmother’s kitchen cupboards, Macalpine is not only a devoted husband and father of two but also a celebrated icon of the Cairns music scene.

These days he enjoys pursuing music from the comfort of his home studio in the sleepy country town of Gordonvale. Whether strumming on his guitar, rehearsing with his band or publishing stories for NQ Music Press, Macalpine’s passion for music burns as bright as ever.

“He loves music, he really does,” said Jung. “Todd has been sheltering and nurturing local music for years. He has kept the music scene alive.”