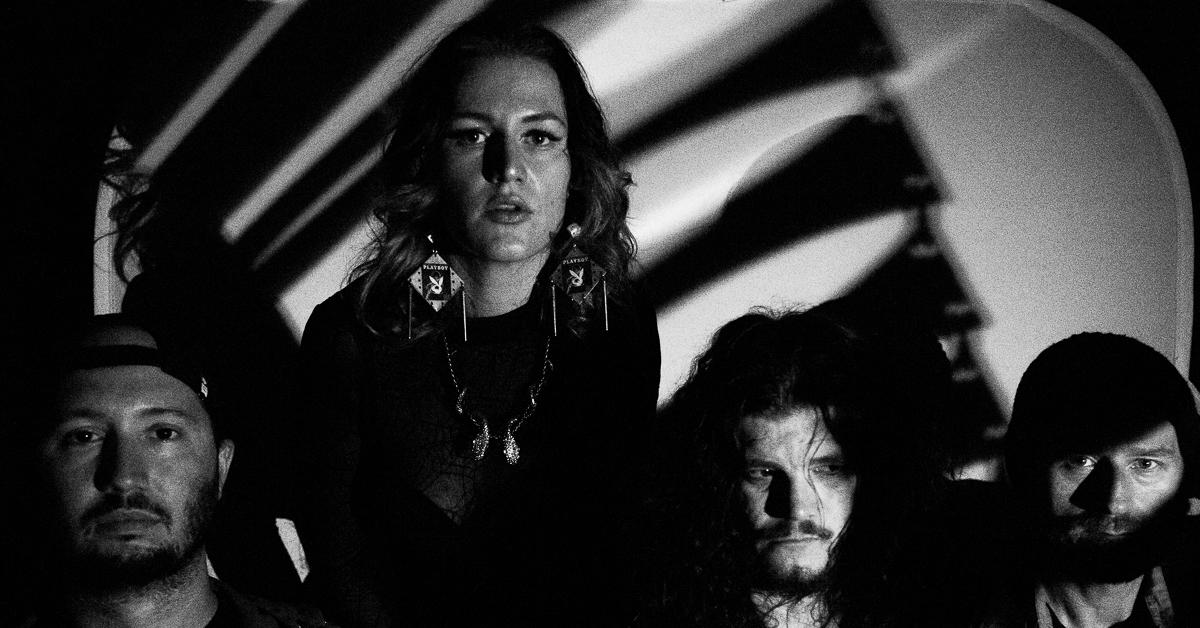 With the recent release of their album Darkness Visible, Brisbane progressive metal outfit Sunset Junkies joined HEAVY for a Q&A session to bring us up to speed on developments.

HEAVY – Sunset Junkies recently released the album Darkness Visible. How has the early response been?

Sunset Junkies – I’ve been very humbled by an incredible response, particularly among our peers in other bands. It’s lovely that so many other musicians who I find inspiring have  taken this body of work to heart and found it inspiring in return. Shout out to Si from Massic who is probably responsible for the majority of our streaming traffic. Ha. I’m a poet and didn’t know it.

Tell us about the album musically and what you were going for with it.

It’s very dense and heavy and difficult and dark. I had no choice but to follow the muse down that path. It’s a watershed album for so many reasons. The colour comes from the choral elements and ambient touches. There’s a lot of data in there. The mix team pulled off a miracle.

It follows from your successful debut album, Cosmos. How does it differ?

It differs in mood and theme. Honestly I feel like they are cut from the same cloth in many ways, but with Darkness Visible the music had to follow the subject matter down the rabbit hole. They’re both searching, but they’re searching for different things.

There is a nice blend of heaviness and groove on the album. How difficult was it getting that balance right?

It’s pretty natural to my writing style. Groove is everything. To me, the heavy/groove balance is crucial to all the kinds of heavy bands that I enjoy anyway. It’s a heavy metal boogie. Dan Trickett is a very groovy drummer too, he took the beats and feels that I presented him and played them in his own powerful way with a phat, tight groove central to his playing style.

The presser also says the album “relies on atmosphere as a means of creating momentum”. Can you elaborate?

It’s a great presser, huh?! Haha. I believe the author may be referring to the use of samples, ambience and unique vocal textures to create a vibe and drive the narrative of the record.

How difficult was the whole writing and recording process during the pandemic?

It was difficult and drawn out, but the burden was lightened by some incredible collaborators who worked with us on the mix and master. Special thanks must go Stef Fuller, David Bottrill, Ryan McCambridge and Michael Lynch. Very special thanks must go to Fiona Savino, without whom this record would never have seen the light of day.

A lot of bands like to road test new material live before recording it, but I’m guessing you didn’t have that luxury this time around. Was that noticeable?

We’ve never done that. I deliver the songs to the band as fully formed demos with programmed drums tracks and everything. Structurally complete. Then we set about rebuilding the idea from the ground up, all adding our own feel and skill to the recorded performance, before I go mental with the hundred billion different finishing touches. Ha

Your music is a nice blending of progressive metal, djent and rock. Is that direction something you have sat down and talked about as a band, or is more of a natural sound?

Again I think that’s just natural to my writing style. It’s literally just all my influences and experiences pouring out into recorded form. Don’t get me wrong, a LOT of though goes into this music. But I don’t think about what it is or what it should be, I only think about what I need to express.

With things starting to open up again, has the band started making plans for 2022 and beyond, or is it still too early?

The future has a mind of its own. It’s been a big couple of years, so we’ll take stock and see what happens.”