Setting foot inside what was once known as the Bald Faced Stag; following suit with Brisbane, now brothers in arms of the Crowbar family, the setting was different but the mood was similar. Gone were the screens showing NRL games, replaced with promotions of the club, vinyl on display was a good addition. Apart from little notice, the meals were all vegan and the steep price of liquor, sound wise you could not fault the venue for its intimate surroundings and friendly security.

After the nightmare of Sydney track work, things could only look up. Not always an easy task for opening acts, especially when it comes to festivals, in this case, the first Heist Fest; thrown together by 90’s alternative metal group Superheist. Disliking the term nu-metal, we will stick with alternative metal.

The only Sydney siders on the bill, Lycanthrope hailing from Newcastle, took the hard task of opening the night, giving it their all, despite the small crowd, thanking those who got there early to witness what they had to offer. With six members, Daniel Greig leads the troops on vocals, providing in your face ear bashings courtesy of the throat and pulverising riffs of the Aiden Lee, Brett Scott and Scotty Wright guitar trio.

The main focus of the short set was their debut full-length, Chapters (2018) with tracks such as “Skin and Bones”, which went down well with the crowd. The break-neck speed of drummer Jason Salvini, accompanied by Matthew Stoja on bass duties, gelled together in excess amount, much like excess gel trendies would use on a night on the town. Pleasing the modern metalcore lovers going from heavy elements to clean singing, hats off and horns up to the opening act of the night.

After some Fancy Pants brew, and a short break between bands, Melbourne’s BLKLST were up next. Also promoting new material tonight, with the most recent EP, Hard to Swallow (2018). “Psycho” was the highlight of the set, played on Triple J’s, The Racket, it was most familiar to the ears. The five-piece consisting of guitar duo James Gracie and Even Lee, James McClurg on the four-string and Drue Herring on the skins, were one tight act, sounding on stage duplicate to how they sound on tape. Close your eyes and you could swear you were listening to Slipknot, with the voice of front-man Joshua Westwick, freakily similar.

Byron-Bay heavy-weights From Crisis to Collapse, was more up this reviewers alley and the energy of the band came across more contagious than Chlamydia. Charismatic vocalist, Angus Carter humoured the crowd announcing the next song as “Dimitri” a number of times; taken from the brilliant new EP, The Seventh Tree (2019), fresher than Bakers Delight on a Monday morning.

When modern metalcore can sound tedious it was refreshing to hear some deathcore. Step back… instead of being pigeon-holed into genres, ditching the whole metalcore/deathcore tag, for what it’s worth, death with a heavy slab of groove is what went down on stage. Guitar duo Ian Conrad and Chad Ellis rumbled the establishment, waking up the dead to the blistering bass of Unai Aldecoa and the drum wizardry of Marco Penniello.

The acoustic riff meant only one thing the lads would be closing the set with personal favourite “Slow Burn”, in which a video was made for. The bopping around the stage like a psychotic jack in the box from Angus, the shimmy dances, energy bouncing from band member to band member, to the crowd and back, to form a Mexican wave to break down any Trump-made wall. From Crisis to Collapse stood true to their name and it’s a wonder the venue didn’t collapse after the shattering sounds on display.

Before you could scratch your head co-headliners Superheist, graced the stage with more style than Travolta and Samuel L. to House of Pain’s, 90’s hip-hop anthem “Jump Around”, before heads started bouncing to “Hand’s Up High”, taken from the most recent EP, Lights (2018) before energetic frontman Ezekiel Ox (Full Scale, Mammal) introduced the next song, “Wolves in your Headspace”, opening track off last LP Ghosts of the Social Dead (2016)

As the next two songs, “The Riot” and “Crush the Crisis” were introduced as fresh blood from the upcoming album entitled Sidewinder, Ox took the opportunity to make his way to the centre of the floor where he remained for the remaining set.

While Ox was wreaking havoc amongst crazed fans in the mosh, founding member and lead guitarist DW Norton took advantage of stage space, alongside Californian born, Keir Gotcher (Insolence, Snot) on second guitar, the bearded Si Durrant (In:Extremis) returning to the Heist on bass with drum god, John Sankey (Devil You Know, Devolved) providing the beat that drove the Heist to destruction.

“Got the Bounce” got some love as the first song to be played from the AAA side single of Raise Hell (2017), followed by a tribute to The Prodigy with the late Keith Flint in mind, “a song for anyone who has ever taken a Pinga,” Ox addresses, before the light show turns into that of a rave with the techno blast of “Shockwaves”.

The highlight of the set was a flashback to the heyday of the band with nostalgia overload from the driving riff DW unleashed amongst the crowd like Mr Burns unleashing the hounds. It was time for the song which got many into the Heist, “Two-Faced (Check your Head Up) from the phenomenal EP, Eight Miles High (2000). A double from The Prize Recruit (2001) saw “Bullet” and “Crank the System” back to back before closing one tight set with “Raise Hell”

Having seen the Heist go through many line-ups with different vocalists the Heist seems most comfortable here as ever and if it wasn’t for these legends we wouldn’t have this Heist Fest or the Alaskans set to take control in a number of minutes time.

Seven full-length records and one self-released later and 36 Crazyfists continue to grow stronger and improve like good wine. The Alaskans are humble and most grateful for the Heist having them here as the screaming fans show their love to one dedicated band who tonight prove they are at the top of their game.

The distinct voice of Brock Lindow soars through any fans wet-dream on paper with a setlist to please the unpleasable. “Death Eater”, the opening track to the most recent LP, Lanterns (2017) opens the memorable set. An oldie but a goldie, “At the End of August”, is the first song to feature from A Snow Capped Romance (2004), the last Roadrunner release. The crowd take to the song like an obese Bogan devouring a four and twenty pie.

“Wars to Walk Away from” psyches the crowd with its heaviness taking hold, those in awe banging heads as they would soon snap like celery sticks. “I’ll go until my Heart Stops” is the only track played from Rest Inside the Flames (2006), as is “We Gave it Hell” from The Tide and its Takers (2008) but with such a dense catalogue they are good choices from these stellar record. Long-time guitarist, Steve Holt plays that defining riff and “Bloodwork”, also from A Snow Capped Romance, sounds just like it did on record fifteen years ago. The first of many highlights was the fact that two tracks of that album were back to back like a Siamese-twin that just couldn’t be torn apart. “The Heart and the Shape” was welcomed into the metal arms of fellow punters.

The rhythm section consisting of bassist Mick Whitney and latest recruit drummer Kyle Baltus, joining in 2012, drive the unstoppable force that absolutely slayed this evening. Brock thanked the crowd a number of times and shared stories of original bassist, JD Stuart whose life was tragically cut short due to a fatal collision at the ripe age of 23 and his love of Foster’s beer.

With so many highs and lows in their personal lives, the boys have stuck together and the heart won’t stop beating as the show went on with a surreal highlight to close the set. The title track to Time and Trauma (2015) was followed by the surreal sounds of “Slit-wrist theory”, bringing a tear to this metal heads eye, remembering hearing it for the first time from a Roadrunner sample cassette. Tonight was a gig that one would happily take to the grave, giving devil horns whilst six feet under. \m/ 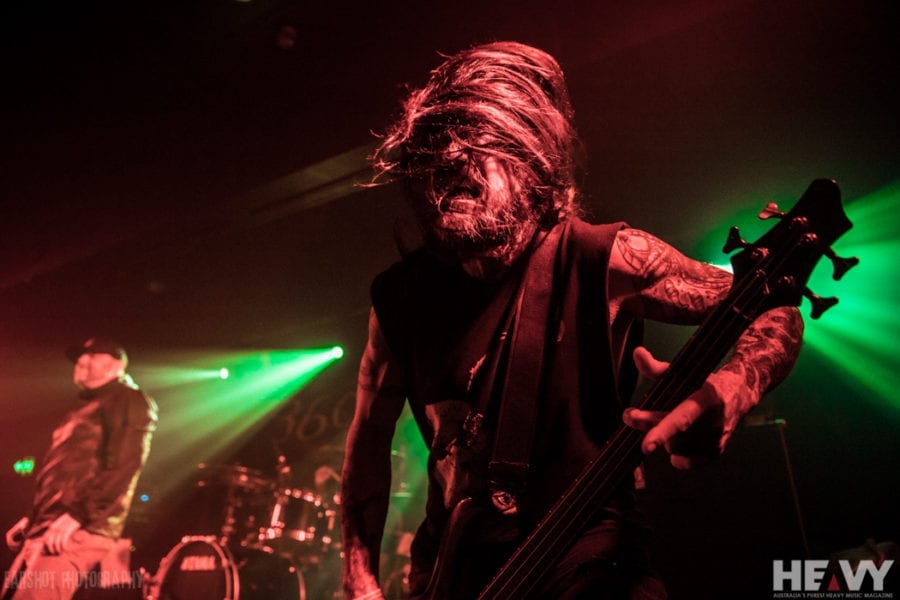 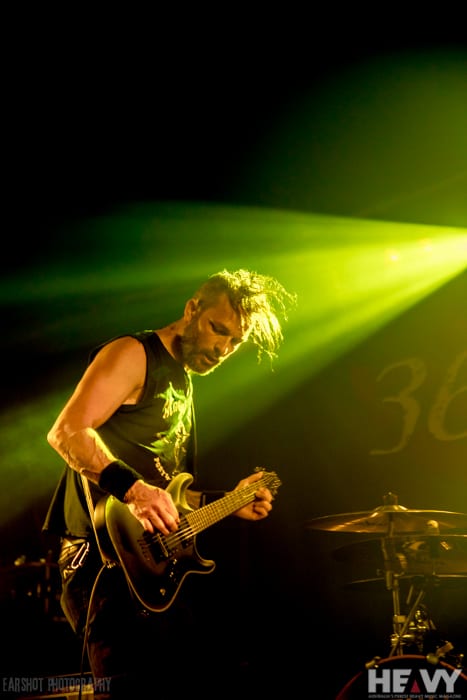 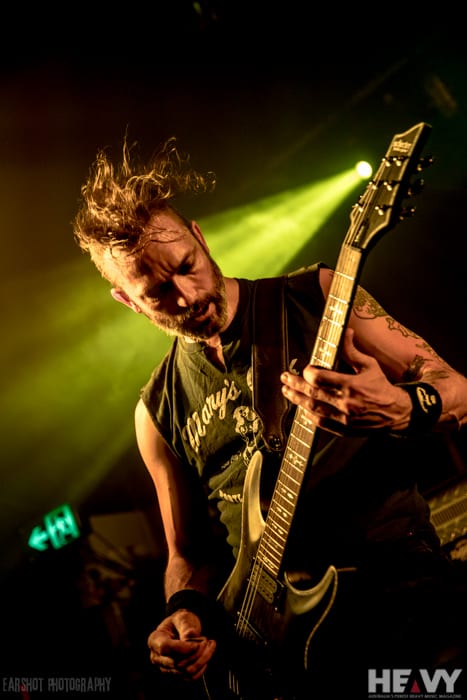 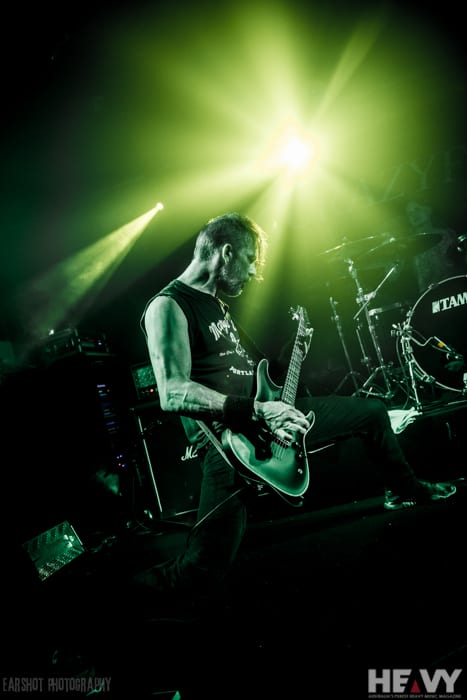 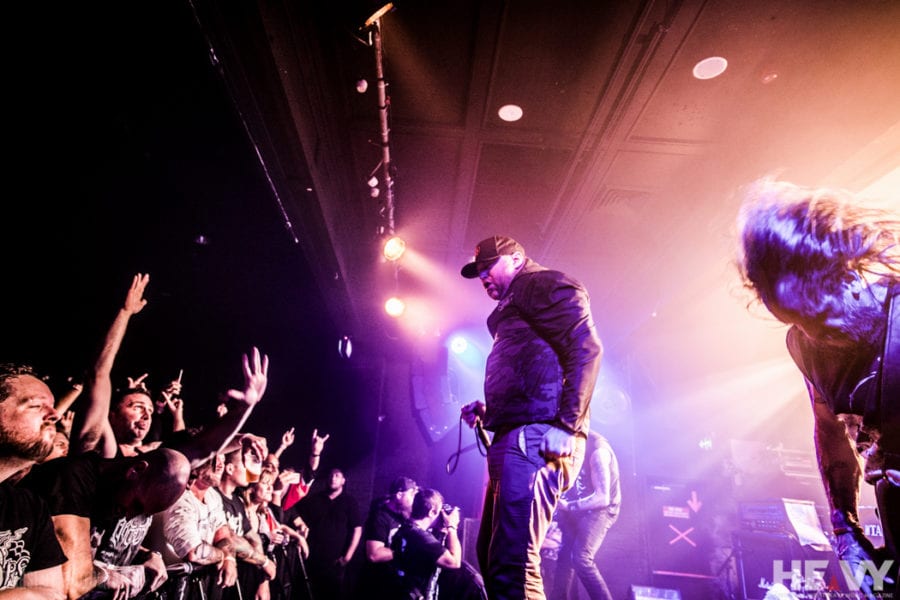 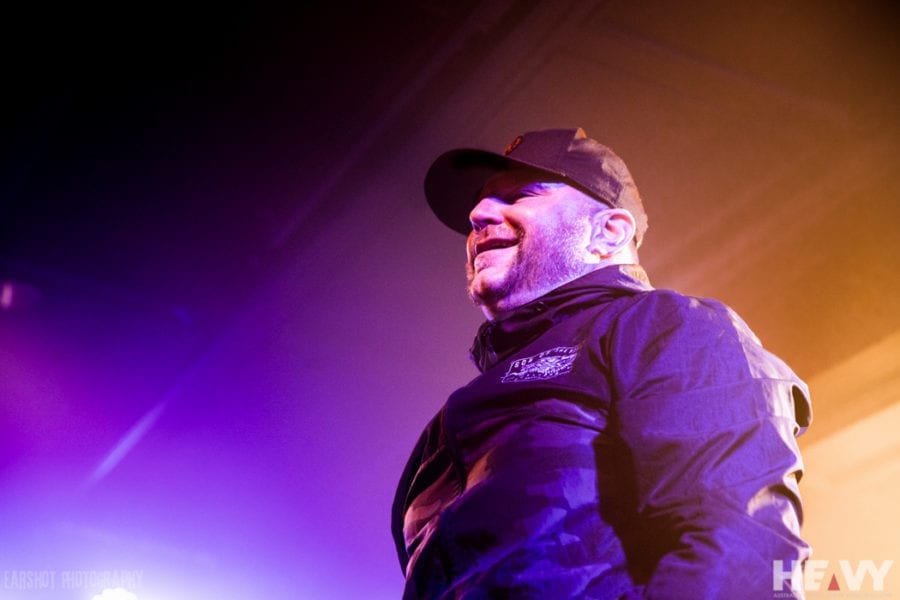 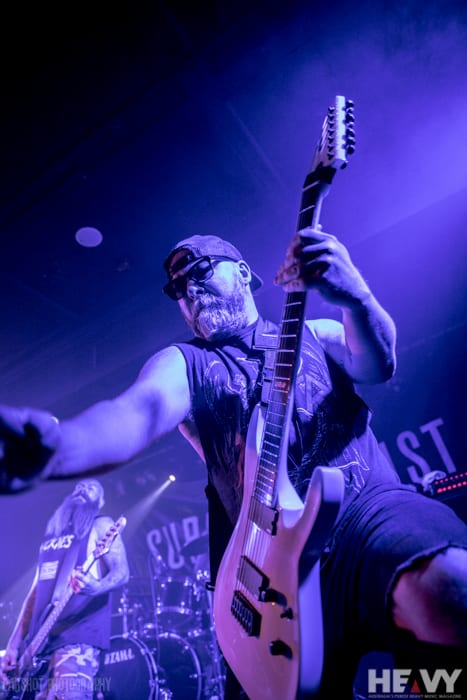 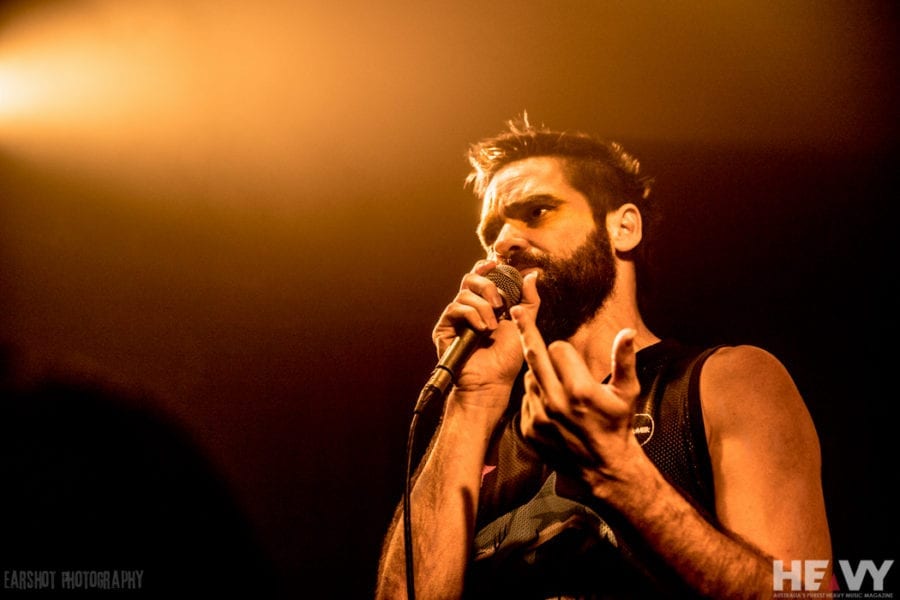 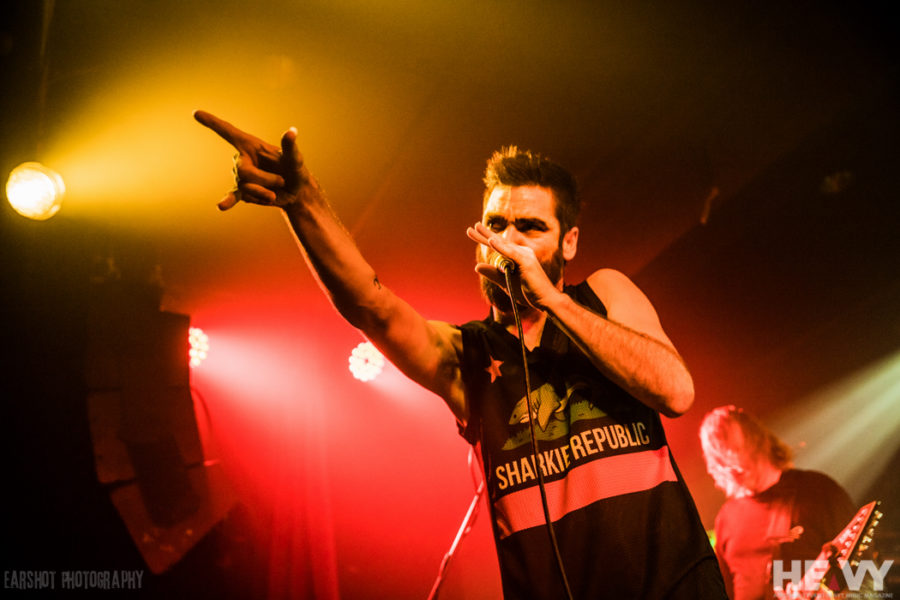 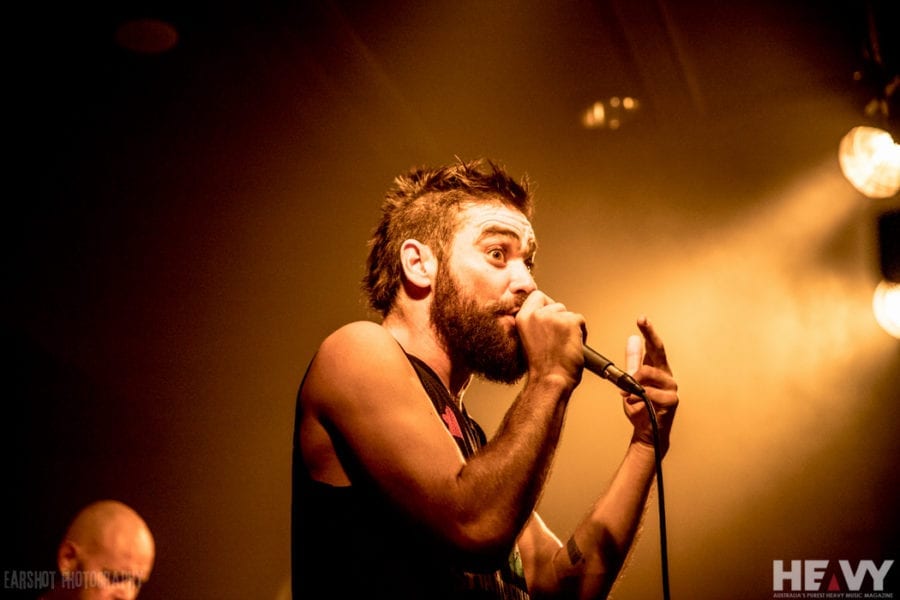 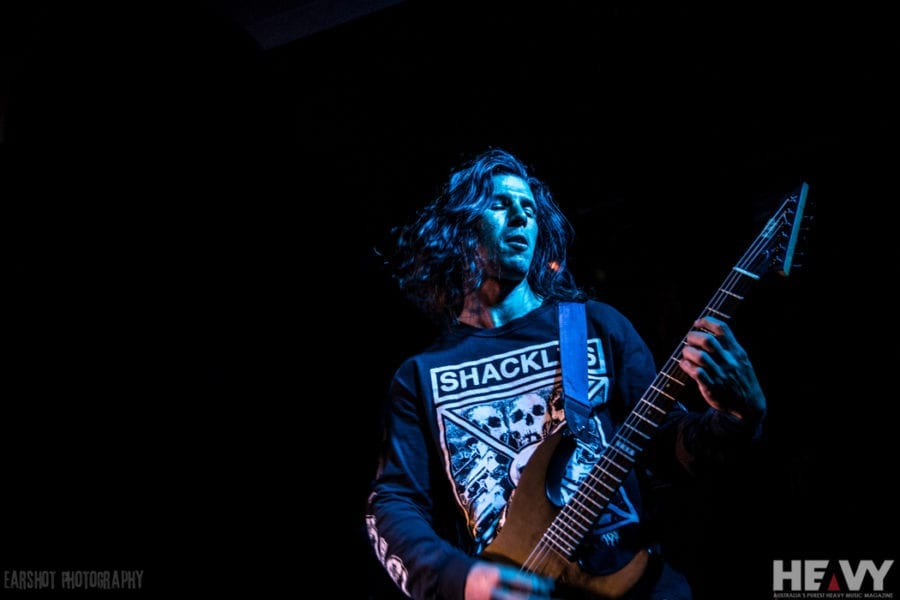 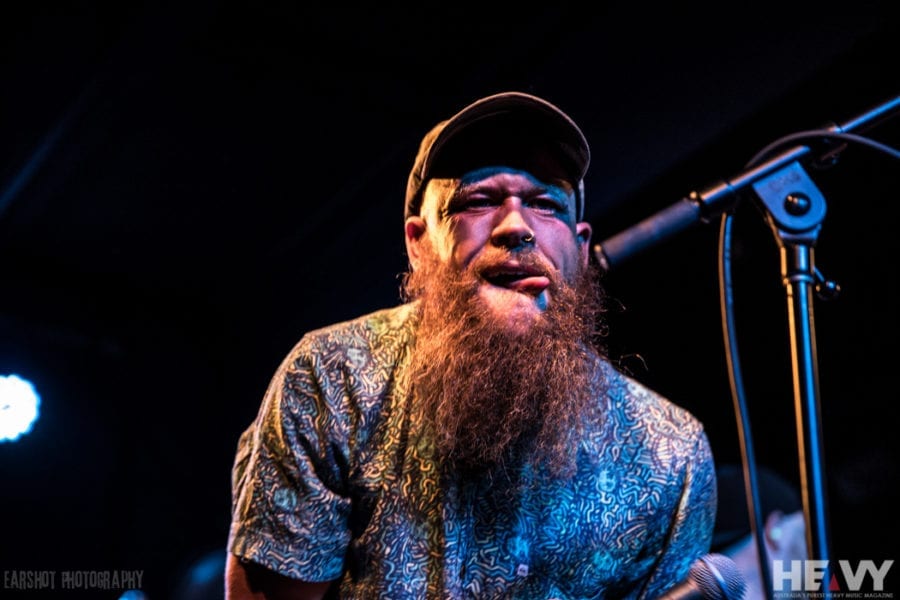 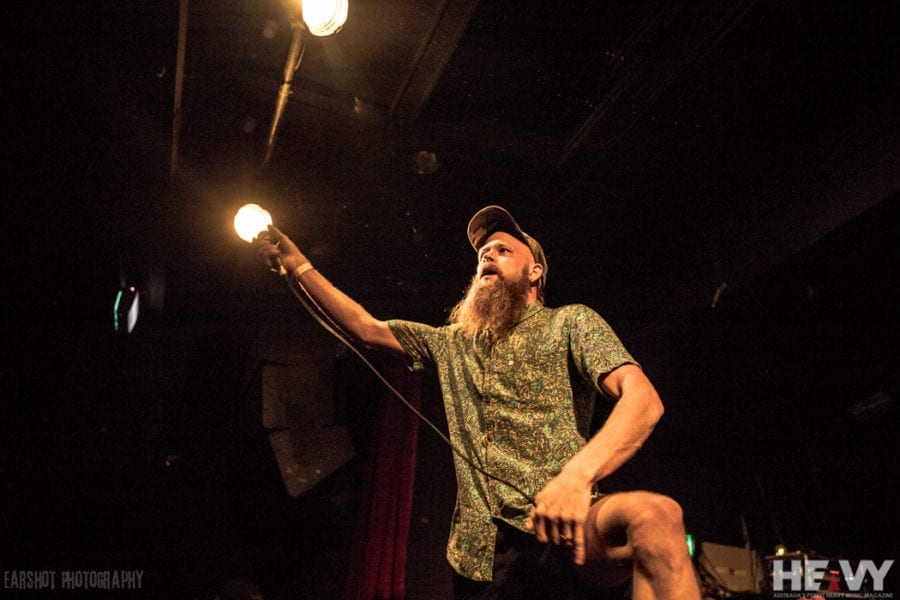 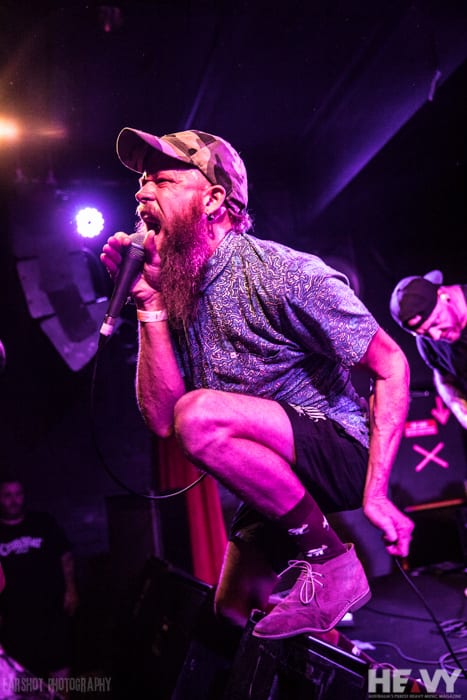 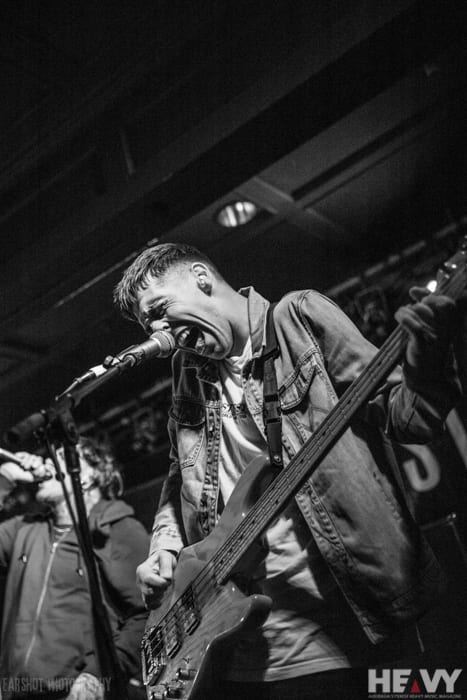 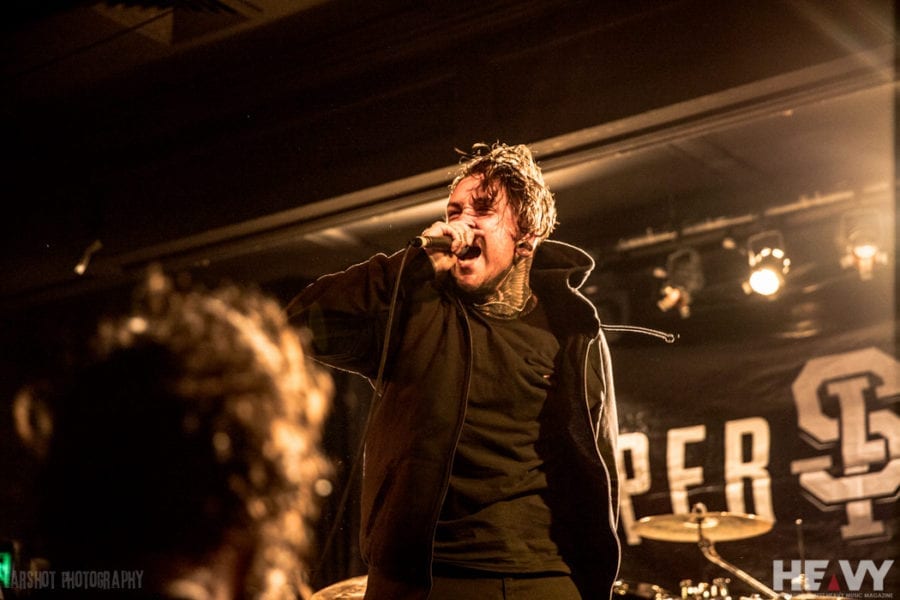 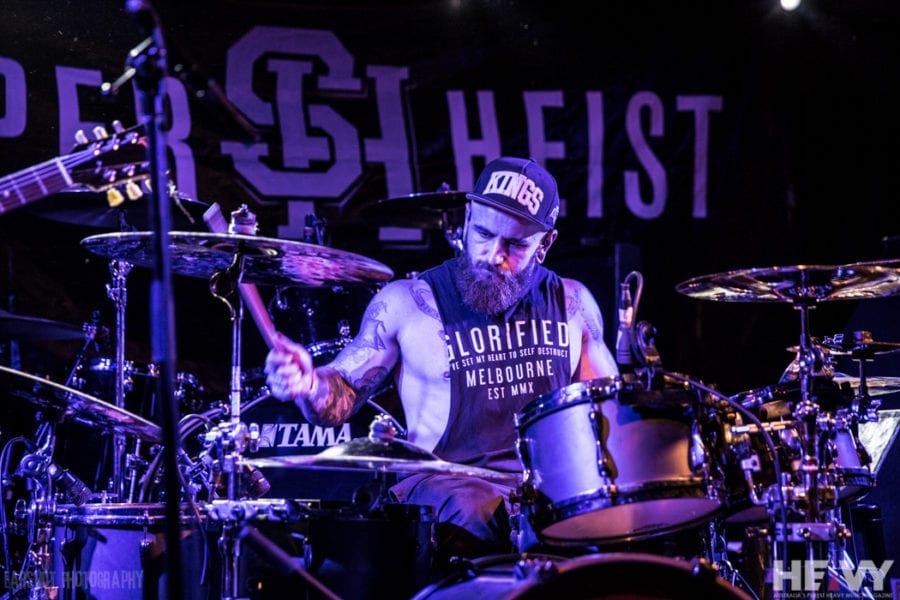 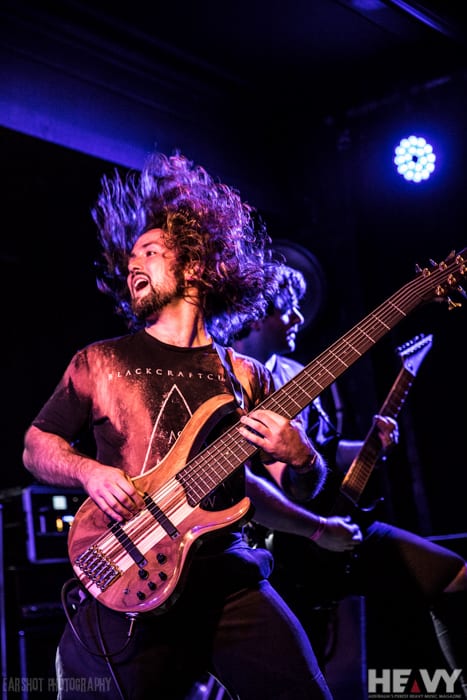 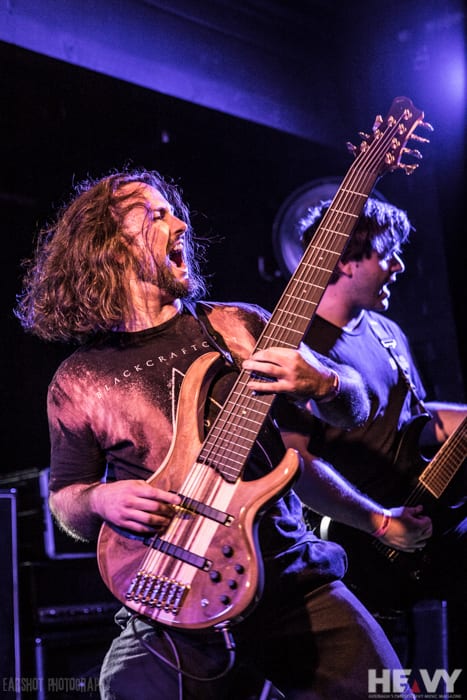 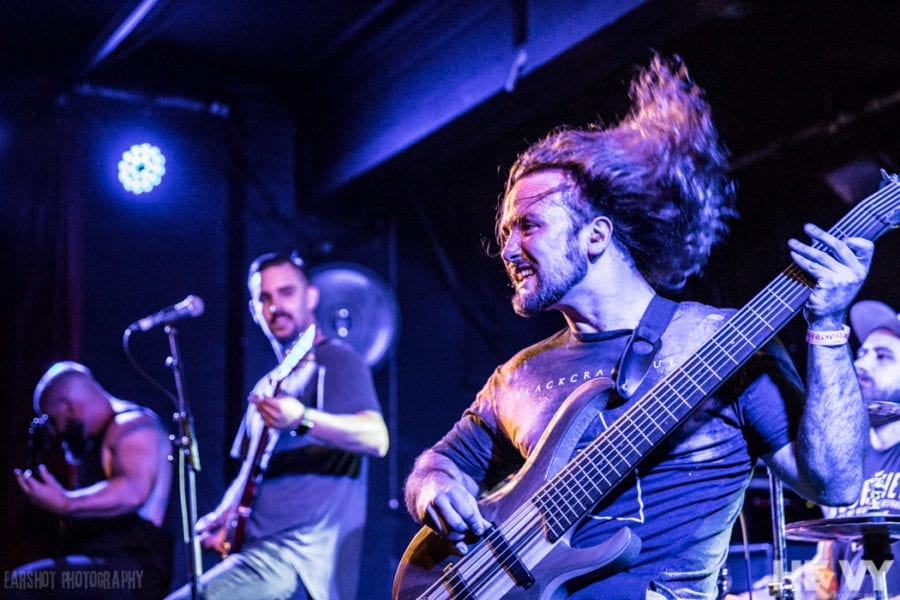