There are some tickets left! https://downloadfestival.co.uk/tickets

Download will play host to over 100+ acts, including stadium-smashing rock acts Black Stone Cherry, Marilyn Manson, Bullet For My Valentine, You Me At Six, Shinedown, Parkway Drive, BABYMETAL, Alexisonfire, The Hives, Neck Deep and more. Continuing the festival’s longstanding tradition of championing new bands, this year Download welcomes three new band bookers – Sean Ryman, Kamran Haq and Steph Van Spronsen – who have handpicked a plethora of emerging such as The FAIM, Dream State, Employed To Serve, Jamie Lenman, Puppy, Ded, Black Foxxes and many more to play at the world’s biggest rock showcase.

It is also the only place in the world where fans can experience the exhilarating world of WWE NXT alongside the world’s biggest rock stars, as the hugest names in sports entertainment deliver fully-fledged, full-scale NXT shows in the festival arena. With an onsite Co-op for the first time and a multitude of fun activities such as Do.om Yoga, Battle Heritage, Lords Of Lightning and more in the campsite village, this is looking to be another stand-out year for what is widely regarded as the UK’s friendliest festival.

There are some tickets left! https://downloadfestival.co.uk/tickets 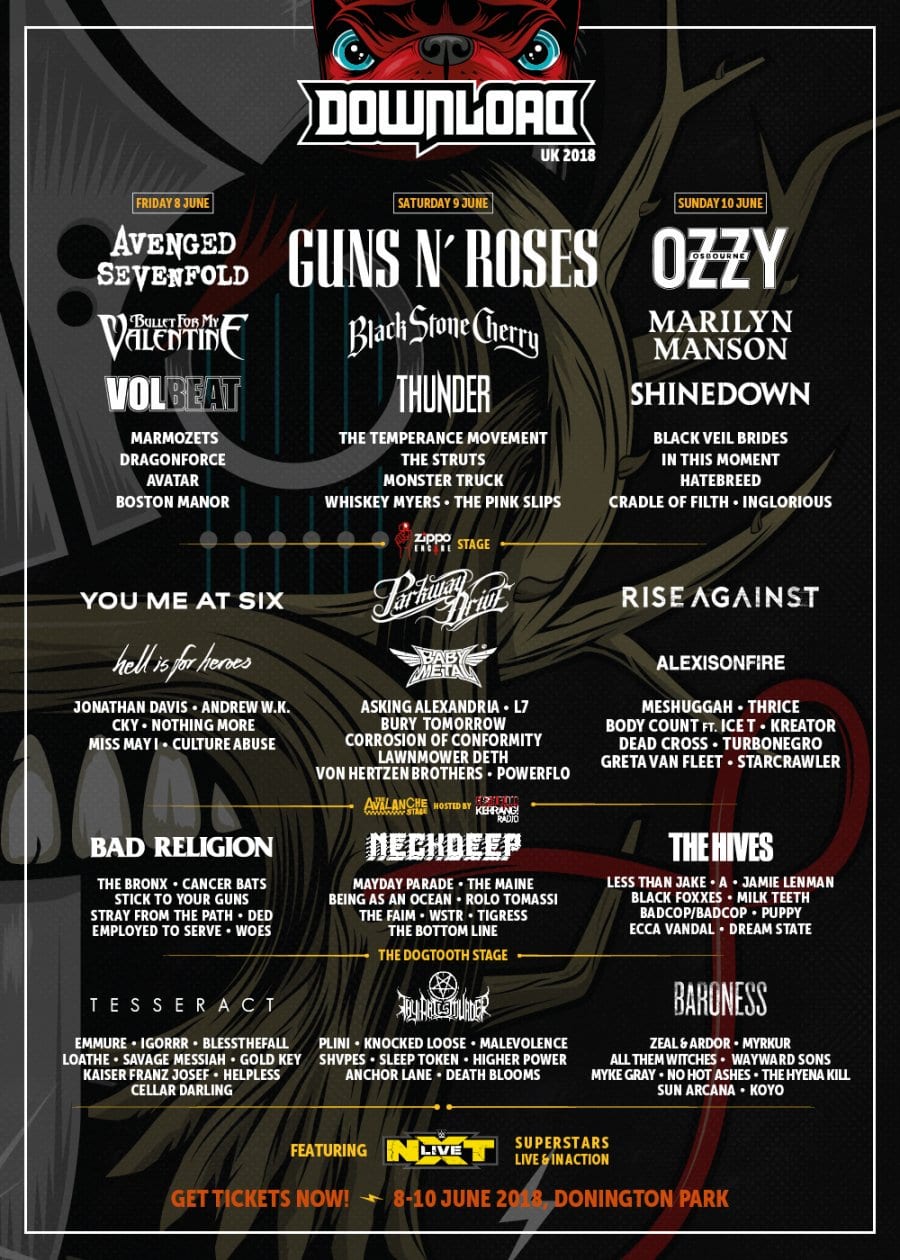