“Guitars have always been king for me and I’m also a big fan of vocals and harmonies so this band is basically a three-piece hard rock outfit with a focus on riffs and harmonies and bit of a tune in there as well. The main influences would be bands like Alter Bridge and Evanescence. We’re a female fronted band as well so it probably has those traits as well”.

In the full interview Dave discusses new single “100 Days” which is released on April 19, the two new members of the band who joined last year and what they brought to the table, why he chose to enlist a female vocalist, the early vision he had for Accidental President, the debut album which will be out later this year and its content lyrically and stylistically, road testing new songs live before recording them and more. 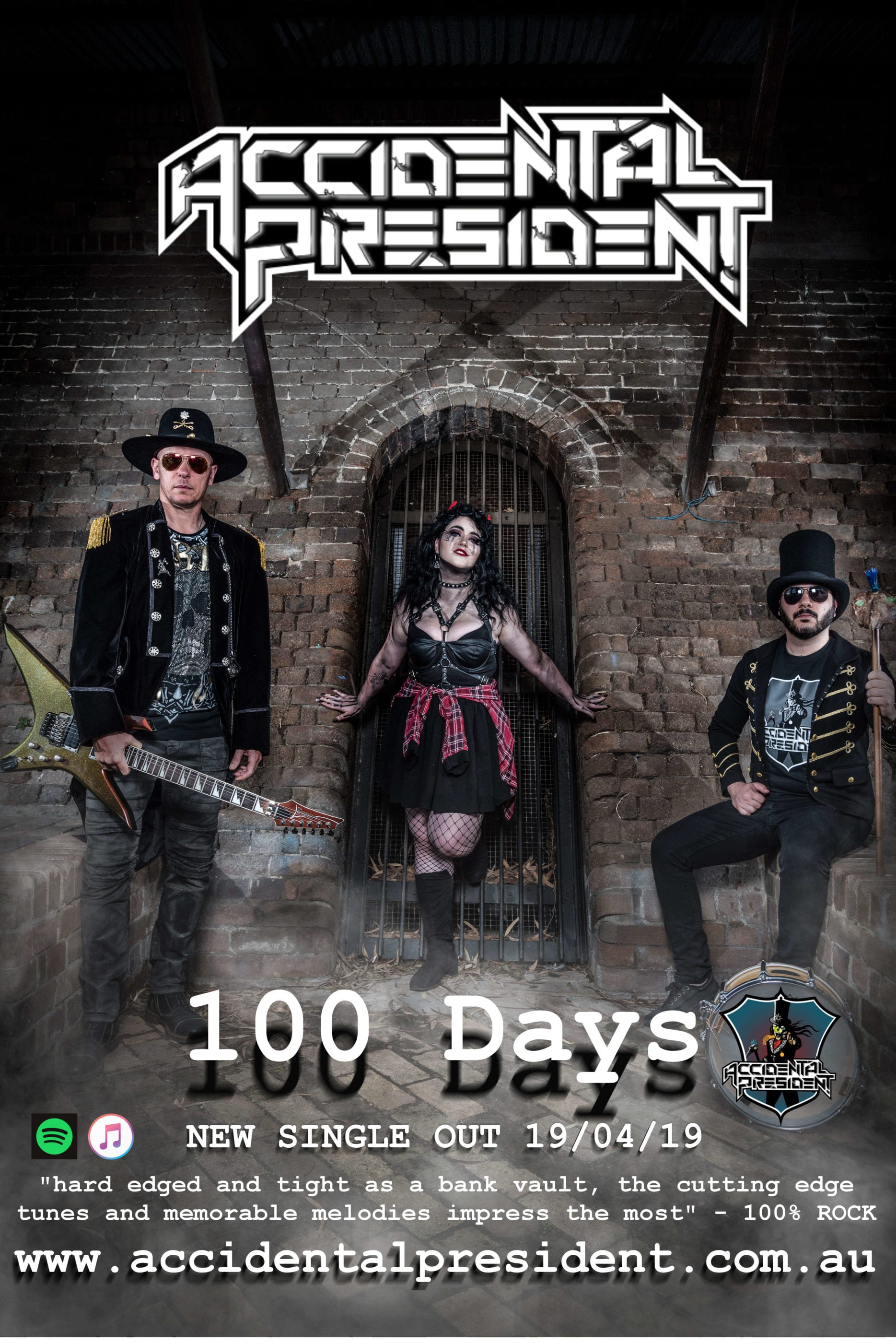