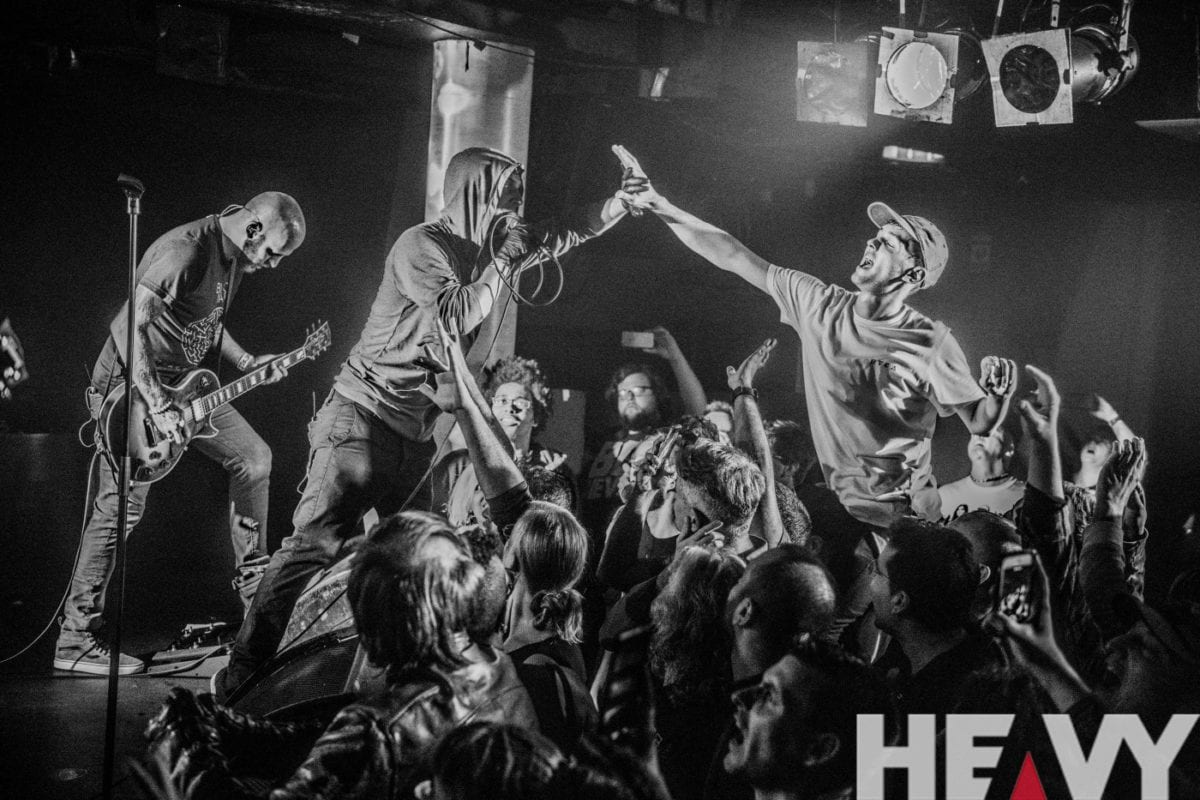 Following a set from Psycho Village – which was memorable only for their use of the harrowing video made by Amanda Todd (the young, sadly deceased soul who committed suicide in 2012 following malicious bullying) as an adjunct to their song “Half Caste Symphony” – the cold, clammy confines of The Underworld in Camden Town became resplendent with the warm, southern tones of Saving Abel.

Barefaced in their Mississippi roots (think straw cowboy hat and American flag-adorned guitar paintwork), Saving Abel sauntered through their set with that son-of-a-bitch groove alike to Blackjack Billy or The Killbilly 5’ers with tracks like “New Tattoo” and “The Sex Is Good”. Strutting with a live sound that encompasses a nastier streak than their studio material, Saving Abel proved to be snake-hip charmers, although they also gave winks to the wholesome, anthemic sound of Lynyrd Skynyrd. The mellower section of their set veered dangerously close to the realm of Bon Jovi karaoke with numbers like “18 Days”, but overall Saving Abel gave a performance that was charmingly obnoxious – the kind where the frontman takes a video of his crotch with an audience member’s phone, yet spectators remain beguiled.

Following co-headliners Saving Abel came the swansong act of the evening, 10 Years. Truly in the back-to-school spirit of September, frontman Jesse Hasek looked impishly high schoolian in a black blazer, a smoky grey hoodie and noir patent gloves. Mercifully, his performance was a far cry from school play standards. Commanding his microphone with the authority of a whip-weilding ringmaster, Hasek was dynamic in voice and motion, offering up sleek yet anguished vocals alike to Jared Leto’s efforts in Thirty Second To Mars’ “The Kill (Bury Me)” throughout. Paired with satanic guitar moans and Chad Grennor’s knee-nobbling bass in songs like “Now Is The Time (Ravenous)”, 10 Years crafted an ambience that clung to the walls of The Underworld like the mystical mildew of a shadow-cloaked everglade.

A band that have been torn apart and mended many a time – including the very recent departure of drummer Kyle Mayer – 10 Years maintained a level of atmospheric intensity that was endearing. The band did little to break the illusion of epic landscapes and lonely mountain air conjured by the weeping guitar tones of Matt Wantland and Brian Vodinh, and newbie Luke Narey’s monumental percussion in the likes of “Beautiful” and “Catacombs”. Having deprived London of a live show for over a decade, the modest crowd that had gathered for them were revelling like cats who got the cream.

Following a simmering, storm-brewing version of Nirvana’s “Heart-Shaped Box”, 10 Years ripped into “Shoot It Out’, much to the glee of fans. “Shoot It Out” was riddled with heavy guitar that shook with the danger of a rollercoaster climbing its way up the tracks, whilst closer “Novocaine” rocked with a head-rolling level of groove, showcasing Hasek’s ability to assert lung-busting vocals with ease. A night that left the band smirking with at least a hint of pride, 10 Years were truly welcomed back to London with open arms.

Catch 10 Years live on tour in the UK & Europe:

For full 10 Years tour dates and to order their latest album (How To Live) As Ghosts, click here.

PrevPrevious.SATYRICON and Deadspace at Capitol, Perth on 4/9/18
Next.MOOSEBLOOD and Hundredth at The Triffid, Brisbane on 8/9/18Next